Politicians call on the companies to employ refugees in their businesses. Beoplast already tackled this socially important issue a year ago. However, the project failed due to the regulations of the authorities. But now we are ready: the first of the three planned positions has been filled. A young Iraqi has been with us since August. He was quickly integrated into the Beo-Team.

SG Langenfeld and Beoplast: Hand in hand for better health

In February, two new health programs are going to start at the Sportgemeinschaft Langenfeld for Beoplast. These are financed equally by the employer and the employees. The focus of the workshop “Healthy Back” is mainly on seminars, analyzes and on individual coaching at the workplace. The “Fit for Work” program aims at providing general advice on sport programs. There the employees have the opportunity to use the full sports program of the SGL. This includes the possibility to train in a 1000 m2 studio, to choose from more than 300 fitness and health facilities and to relax after a sporting activity in one of the three saunas. 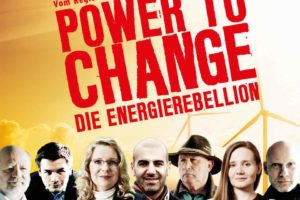 Re-thinking for home use: the new cult film of Carl-A. Fechner

The need for an energy revolution is felt by more and more people. Germany undoubtedly faces the greatest structural change in the industrial age. The new film by Carl-A. Fechner “POWER TO CHANGE – The energy rebellion” shows a controversial debate on this issue, with regards to a grassroots movement – decentralized and regional. He takes up the personal stories of people who take care of their living basis by themselves. The film shows activists, entrepreneurs, visionaries and critics based on years of research, combined with journalistic-analytical perspectives.

In the lunch break area of Beoplast, three copies of the film are available for personal hire for the employees.

The challenges that lie ahead

The greatest social challenge in the coming years will be the integration of recognized refugees. The integration into the labor market proves to be difficult (from own experience). This is why Beoplast pursues a unique but logical way:
Usually the residents sit in their accommodation and spend the whole day with their cell phones or watch TV all day (due to the lack of meaningful possibilities). Beoplast is provided by the city of Langenfeld with a 1,000 square meter area. We divide this area into small lots and provide a small garden for interested residents of the adjacent “refugee center”. Here, as they are perhaps accustomed to from their home countries, they can produce vegetables, herbs, or the like. A meaningful educational and ecological occupation.

Excursion to Beoplast as an object lesson for the study: A group of 62 students from more than 30 nations visited Beoplast at the end of May to get an insight into the sustainability of industrial applications. The students at the Institute for Technology and Resource Management in the Tropics and Subtropics (ITT) at TH Cologne received special lessons from Theo Besgen.
He explained to the attentive young women and men his entry into environmentally conscious management and the way to zero emissions. In addition, Besgen used the opportunity to promote electric mobility. Already during the introduction, the Tesla Model S, one of the company’s six e-mobiles, was a much admired object of study. The group was accompanied by the head of the course of studies Prof. Dr. Mohammad Al-Saidi. The contact to Beoplast was made by Dr. Helmut Kühr, lecturer at the TH Cologne.

At Beoplast sustainability refers to many areas. After having achieved a zero-emission standard in our production for the last two years, we focused on the emissions caused by the transport and delivery of our products. We intended to fully compensate also for these emissions of climate damaging greenhouse gasses – since 2014 we have already been using a climate-neutral parcel service. But that is not enough: additionally the commuting of our employees from and to work has been analyzed and the corresponding climatic impact will also be compensated for. More and more alternative means of transportation are being implemented: two employees are using e-bikes, subsidized by our company, instead of their own car for the commute to work.

Beoplast will compensate about 200,000 kg p.a. of CO2 emissions caused by traffic with the help of our partner “myclimate”. Three projects were shortlisted to compensate for the emissions of climate damaging greenhouse gasses. In consequence, we had called to assist us in the decision. Customers, employees and website visitors could vote until 31 March 2016. After a tremendous response and a great participation in our survey, a project turned out to be a clear winner.

At this point, we would like to cordially thank all participants of our survey. We were very happy about your great commitment. It once again proves the environmental awareness of our customers, employees and other partners.

All winners of a yearly subscription for the magazine “Forum Nachhaltig Wirtschaften” have already been contacted by Managing Director Theo Besgen.

On this day, which takes place annually in spring time, pupils of the secondary school are provided with the opportunity to get to know the technical and natural sciences, which are often practiced exclusively by men.

For many years, Beoplast has passionately participated in Girls’ Day to introduce the professions of process mechanics and tool mechanics and to provide insights into the daily business of the company. For this year’s Girls’ Day on 28.04.2016 Beoplast has offered three places. Currently the women’s rate for these two occupations nationwide is around 7 percent. Therefore, these interesting professions, which demand skill and diligence, should be made public to labor market especially for women. Our company uses the annual event to increase the proportion of women in the company and to make possible contacts with young people. Two girls from the Bettine-von-Arnim-Gesamtschule in Langenfeld and a pupil from the Geschwister-Scholl-Gesamtschule in Solingen decided to visit our company at this year’s Girls-Day. Timon B., trainee for the professional process mechanic for plastics and rubber technology, explains the production of a plastic part, from the development and prototyping to the tool shop to the plastic injection molding. 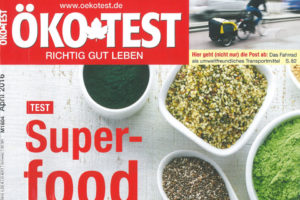 Service for Employees: “Öko-Test” in circulation

In order to support the employees in a healthy and ecological way of life,
Beoplast has recently subscribed to the journal “Öko-Test”. After circulating at the beginning of each month through all the departments at Beoplast, the magazine finally remains in the staff break room and is accessible to all employees.
With its almost 1.8 million readers (MA 2013) “Öko-Test”, founded in 1985, is one of the most prestigious consumer magazines in Germany.

Starting in January 2016, employees of the Social Service of Catholic Women (SkF) Langenfeld can conduct their home visits in an electric car. A Renault ZOE will be provided free of charge by Beoplast for the SkF. Angelika Fierus, Managing Director of the SkF in Langenfeld, is very pleased with the mobile addition: “This is a great motivation for our employees and shortens the passive times.”
The electric mobile on loan also fits perfectly into the company philosophy of Beoplast. Because the required electricity comes from green energy that Beoplast also offers through its company-owned charging stations. The SkF uses the car mainly for short distances, which are only a few kilometers. An electric vehicle is particularly suitable for such short distances, since conventional combustion engines would emit an above-average quantity of CO2. The Renault ZOE has a range of around 170 kilometers before it has to be charged again. Thus, the supervised families in Langenfeld, Monheim and Leverkusen can be reached without problems and in an environmentally friendly manner.

Further information about SkF Langenfeld can be found here.

An armature that can also dry hands

With Airblade™ technology from Dyson in a tap, hands can be dried at the sink in 14 seconds.** There’s no need to move to a separate hand drying area.
In connection with a disinfectant optimum manner of a personal protection. The advantage for our company is obvious: fewer sick days due to optimized hygiene. 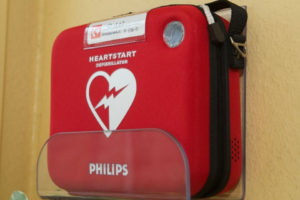 A matter of the heart

The health of every human has the highest priority. Our defibrillator is centrally located in our lobby, and therefore, easy accessible for our neighbors.

Vitamin Infusion during the breaks

We are replenishing our fruit basket in the production several times a day. Vitamins and cooled water as refreshment are well appreciated.

The most sensible way of waste disposal…

Every day do the employees of Beoplast get fresh organic fruit. The rest gets the domestic pig of manager Theo Besgen.
Please find more in the online article of Rheinische Post (only available in german language). 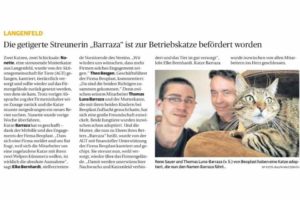 Although being situated in an industrial area, Beoplast is surrounded by green areas where birds, fish and frogs have their home. For some time now a cat has taken up residence at Beoplast and has quickly come to an arrangement with staff: Mice for fresh water. 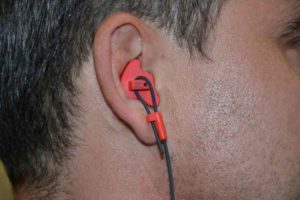 New technologies enable filtering of certain frequencies, so that noise emissions from machines are minimized, but conversations remain clearly audible.

For many years the WfB (sheltered workshop) has been a reliable partner for Beoplast. Simple assembly work has been reliably completed there. An economical, as well as social win-win situation for both parties (refer to Link at Contact).