Beoplast is nominated for the German Sustainability Award 2019 in the SME category. The prize will be awarded for the eleventh time in 2018 and has become the national award for sustainability excellence as well as one of the most prestigious awards of its kind in Europe. 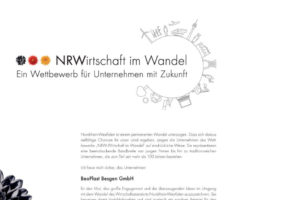 Economic Minister of NRW, Mr. Duin, has awarded Beoplast a prize for its bio-competence in the competition “NRW Changing Economy”. Beoplast contributed to the structural change in NRW through its steady efforts in the area of sustainable management.

Read the full report on the award ceremony here. (in German) 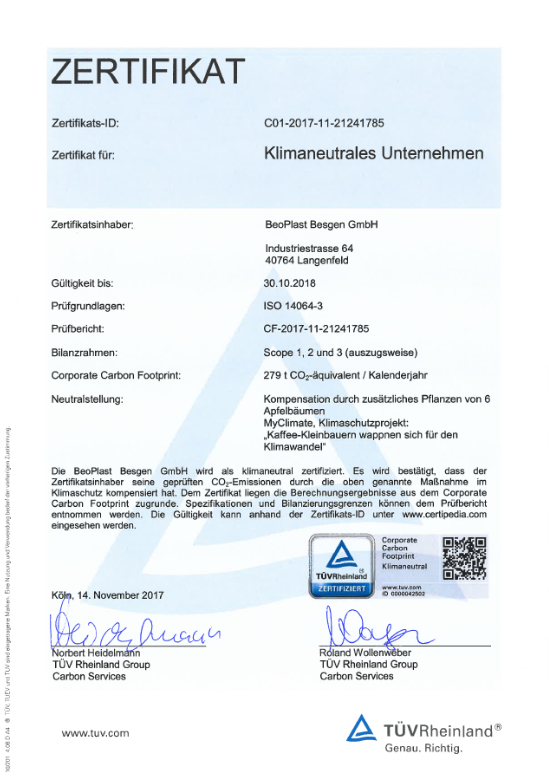 Beoplast is the only certified manufacturing company in Germany that has decreased its CO2 emissions to zero without purchasing any emission permits. 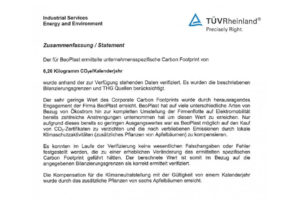 Special award: commitment to climate issues
TÜV Rheinland has confirmed in its concluding statement that we at Beoplast have pulled out all the stops to achieve this ambitious goal. We are particularly proud of the following paragraph, which we would like to quote to show our efforts:

[…]The very low value of the Corporate Carbon Footprint was achieved through the outstanding commitment of Beoplast.[…] 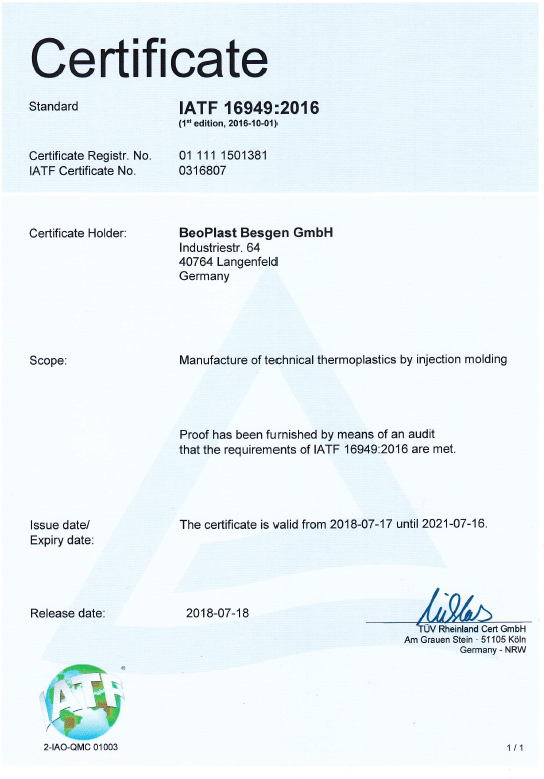 When it‘s ought to be really good…

With the ISO TS 16949 certification, Beoplast meets the highest quality requirements of the European automotive industry. TÜV Rheinland, which also regularly checks our carbon neutrality, was once again our auditor. 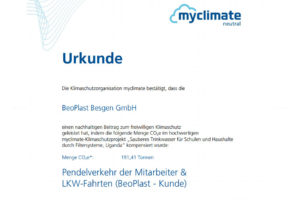 Beoplast compensates for about 200,000 kg of CO2 emissions p.a. caused by traffic with the help of our partner “MyClimate”. Three projects to compensate for the climate-damaging gases were available. Therefore we called for help to make a decision. Customers, employees as well as website visitors could vote. After a tremendous response and a great participation in our survey, one project turned out to be a clear winner. 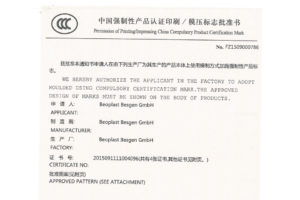 CCC stands for China Compulsory Certificate. The Chinese CCC is similar to other certifications for standardization of product quality, such as the European CE system. Beoplast has been extensively tested by Chinese auditors.

With the awarded certificate, our company has now the right to export certain products to China. 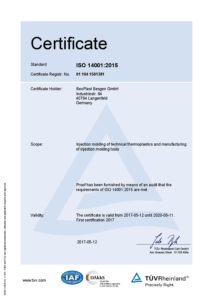 Environmental issues are given a high profile in our company. Protecting the environment is part of our code of conduct at Beoplast and was certified according to DIN ISO 14001. Important targets are prudent use of natural resources and reduction of hazardous materials, and importantly, investments in and promotion of regenerative energy. We widely exceed the requirement of the certification.

Continuous optimization of our company processes are ensured through an active environmental management system at all levels! 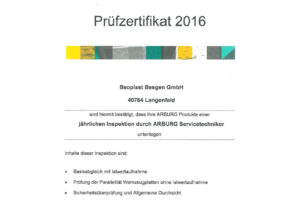 Beoplast has its machines checked regularly by the manufacturer. Arburg has tested the injection molding machines for function and accuracy, and has given Beoplast a corresponding test certificate. 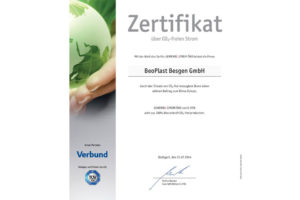 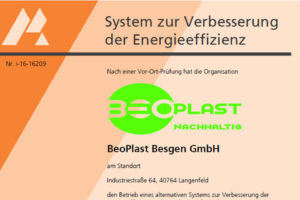 After a testing on-site, Beoplast received the audit to operate a so called “system to improve energy efficiency” (SpaEfV). The inspection results with no deviations of the requirements.